The Australian accommodation sector comprises a total of some 4,300 hotels, motels, guesthouses and serviced apartments, with just over 225,000 rooms (excluding premises with less than 15 rooms).

The majority of these properties are small, unbranded businesses in regional Australia, mostly in the lower star grades.  About half of all rooms, however, are concentrated in a much smaller number of large, high-rated and often branded hotels in just a few major cities and resort destinations.

The last major development cycle in Australia ended with the run up to the Sydney Olympics, which added several thousand rooms to the Sydney market alone, mostly in the 5-star segment.  At that time room occupancies were in a decline as a result of the Asian crisis, and whilst the Sydney hospitality sector was temporarily boosted by the Olympics, other Australian destinations felt the impact of Sydney getting all the attention.

Whilst hosting the “best games ever” put Sydney firmly on the international convention map, the euphoria was short-lived as the industry was rocked by the 9/11 events.  Development of new hospitality projects came to a rapid halt and remained in hibernation through a succession of international demand setbacks, including bombings in Bali, SARS and bird flu.  Just after the Olympics, Australia had a net positive tourist exchange of 1½ million visitors.  A soaring Australian dollar and poor industry marketing saw this drop to a net outflow of 1 million tourists by 2010.

High development costs combined with low financial returns rendered hotels unable to compete with commercial developments.  As domestic demand continued to grow, in the absence of new supply, room occupancies soared between 2003 and 2007.

The result was a buoyant transaction market, fuelled by an abundance of both equity and debt.  Stimulated by an active investment market, developers embraced the strata model, constructing often ill-conceived serviced apartment projects, sold off-the-plan to retail investors lured by “lifestyle” and guaranteed initial returns, and willing to accept low investment yields.  The over-capitalisation of luxury units that are not geared towards the end-user of the facilities, combined with rapid overdevelopment driven by unit sales rather than underlying tourist demand, resulted in a generally poor investment return and failed developments as the market came to a sudden collapse with the onset of the global financial crisis.

High occupancy levels were the result of a prolonged absence in new supply (due to high development costs), which placed Australian city hotels in a strong position to withstand the impact of the Global Financial Crisis (GFC).  Whilst performance did decline slightly, the rapid and sustained economic recovery in Australia, aided by a resurgent resources sector, is driving renewed demand and record occupancy levels.

For the leisure sector the short-term outlook is less optimistic: the Australian consumer has finally come to realise that it is time to save some money: the government-stimulated retail splurge left the household wallet rather thin and with the prospect of continuing interest rate rises and soaring energy costs and food prices, leisure spending is low on the priority list.

Meanwhile, the Australian dollar is close to par with the USD, making Australia expensive for international tourists, whilst for the domestic holiday maker an overseas vacation is now cheaper than ever before, aided by rivalling airlines offering tickets to Thailand cheaper than a domestic flight across the continent.  As a result, the leisure accommodation segment  in Australia is under pressure.

The generally under-supplied city markets are already back to record occupancies, which should lead to rapid increases in average room rate performance.  According to STR Global statistics, Australian cities are among the best occupancy performers in the world, but average room rates are still much lower than they should be.  As hospitality operators (hopefully) seize this rate growth opportunity, profit margins should increase rapidly which will drive both an active transaction market as well as spur new development initiatives.

Whilst development in-one-line may remain difficult, the most successful hospitality projects are likely to be mixed-use developments, combining a hotel with commercial, retail and/or residential components.  The other alternative is incentivised projects, related to infrastructure developments (convention centres) or PPP’s.

Whilst five-star product will always be in demand, providing the highest return per square metre, four-star full-service and limited-service as well as smaller lifestyle brands all provide good development prospects, provided the location is right, demand can be proven, the product is well conceived and professionally managed.

Regional accommodation product is in urgent need of upgrading.  As regional room occupancies are traditionally low, held back by seasonal demand, a highly efficient low-cost limited-service product is the most likely replacement for the dated owner-operated motel.  Expect the emergence of a cookie-cutter branded concept.

Resort destinations are likely to struggle for some time to come, until international tourists return in numbers or the Australian consumer holidays at home again.  Until such time, the development of resort product will remain constrained, unless it can be supported by residential components, for example.  Strata development will continue, but in a more measured and thoughtful way, in selected opportune locations.  Failed strata developments may be unwound and sold in-one-line at a significant discount to construction, or restructured and resold as fractional or timeshare products.

The geography and relative remote location of Australia preordains it to be a largely domestic destination.  This is unlikely to change in the short to medium term, so whilst international marketing is important, stimulation of the domestic market is vital to the industry.  This domestic market is changing: the baby-boomers are retiring and swelling the ranks of “grey nomads” out to explore and experience.  At the same time, a highly mobile and technologically adept young generation is emerging.  Understanding and adapting to these changing hospitality demographics is vital.

The once lucrative Japanese FIT market has been declining for over a decade and is unlikely to return.  Instead, Chinese tour groups are making up for some of the lost numbers, though not yet in dollars.  This segment is likely to grow rapidly over the coming years, and it is important to understand and anticipate their needs and expectations.  Generally, they will have little time to maximise destination exposure, be focussed on natural environment and retailing, and have different cultural values and food expectations.

Technology and online pricing models have greatly changed the way the industry works.  Whilst sites like wotif.com initially emerged as last-minute discount shops, they have now become a mainstream booking engine, forcing operators to rethink the way they go to market.  Whilst the online model has made the industry more transparent and made hotel rooms a web-based commodity, it also allows smaller operators to reach a much broader audience and thus significantly enhance their marketing effort.

The introduction of dynamic pricing models is finally allowing hotel operators to respond to changing demand patterns.  Long practised in the airline industry, individual customers have little choice but to follow this model.  The larger corporations still prefer a fixed-price agreement but will have to be convinced to eventually shift to an agreed discount off the best available rate, putting operators back in charge of room rates.  Expect this to happen within the next few years.

A hotel is more akin to a going-concern business than a real estate asset and this makes it a high risk investment asset, as returns are volatile.  The wide availability of both equity and debt in the lead-up to the GFC resulted in an active transaction market, with LTV ratios offered around 50%.  Debt in particular became constrained in late 2008, resulting in very high lending margins, as spreads reached up to 450 basis points.  This is beginning to ease, but as debt is still scarce, banks are very selective in choosing both their clients and the projects they are willing to lend on.

Development debt or resort financing is still hard to come by, with mature CBD properties being much preferred, with strong emphasis on a minimum 2x interest cover ratio.  At the same time, whilst spreads are coming down, interest rates are going up, with little change in the effective lending cost.

Being a relatively “small” country (in hotel terms), Australia is a slow adopter of new brands or brand innovations, simply because it cannot provide sufficient critical mass.  Over the last few years, lifestyle brands and upmarket limited service models have become increasingly popular.  Brands like Aloft and Holiday Inn Express, Indigo or Hyatt Place were all launched several years ago in the USA and Europe, but have not made it to Australia yet.  Local entrepreneurs have picked up on the trend, however, as evidenced by 8Hotels or developments like the Emporium in Brisbane.  As global operators are progressively rolling out their new strategies, Australia will eventually see the emergence of these products as well.

Whilst the “hang up your towel” tent card was sufficient a decade ago, today’s environment is rapidly becoming much more eco-sensitive and all major operators now have extensive environmental policies.  It is no longer just about “doing the right thing” though.  With energy costs expected to multiply over the next few years, investing in energy efficient technology will provide increasingly attractive returns.

In Australia, efficient operations are benchmarked through the NABERS Scheme (National Australian Built Environment Rating System), which measures the performance of existing buildings & floors, including hotels.  The Green Building Council Australia issues Green Star ratings for development initiatives, and will soon launch a hotel rating system as well.  It will not be long until major corporations, as part of their corporate social responsibility policies, will demand that hotels comply with minimum environmental standards as part of their contract review process.  Be prepared!

The backbone of any labour intensive industry, human capital is doubly important to the hospitality industry as it is also a service industry.  Staff training and retention are critical to maintain service standards as well as contain staffing levels and salary costs.  Especially in seasonal leisure destinations this is an increasingly challenging proposition.  Resorts cannot afford to maintain a full labour pool during low season and thus rely heavily on seasonal employees, often students and increasingly from overseas.  As the number of international students is decreasing with the emergence of better education facilities overseas, whilst the government is clamping down on work permits and employment visas, this transient hospitality labour pool will potentially get smaller and thus more expensive.  This may have a significant impact on already struggling leisure operations. 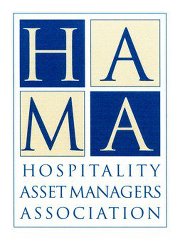